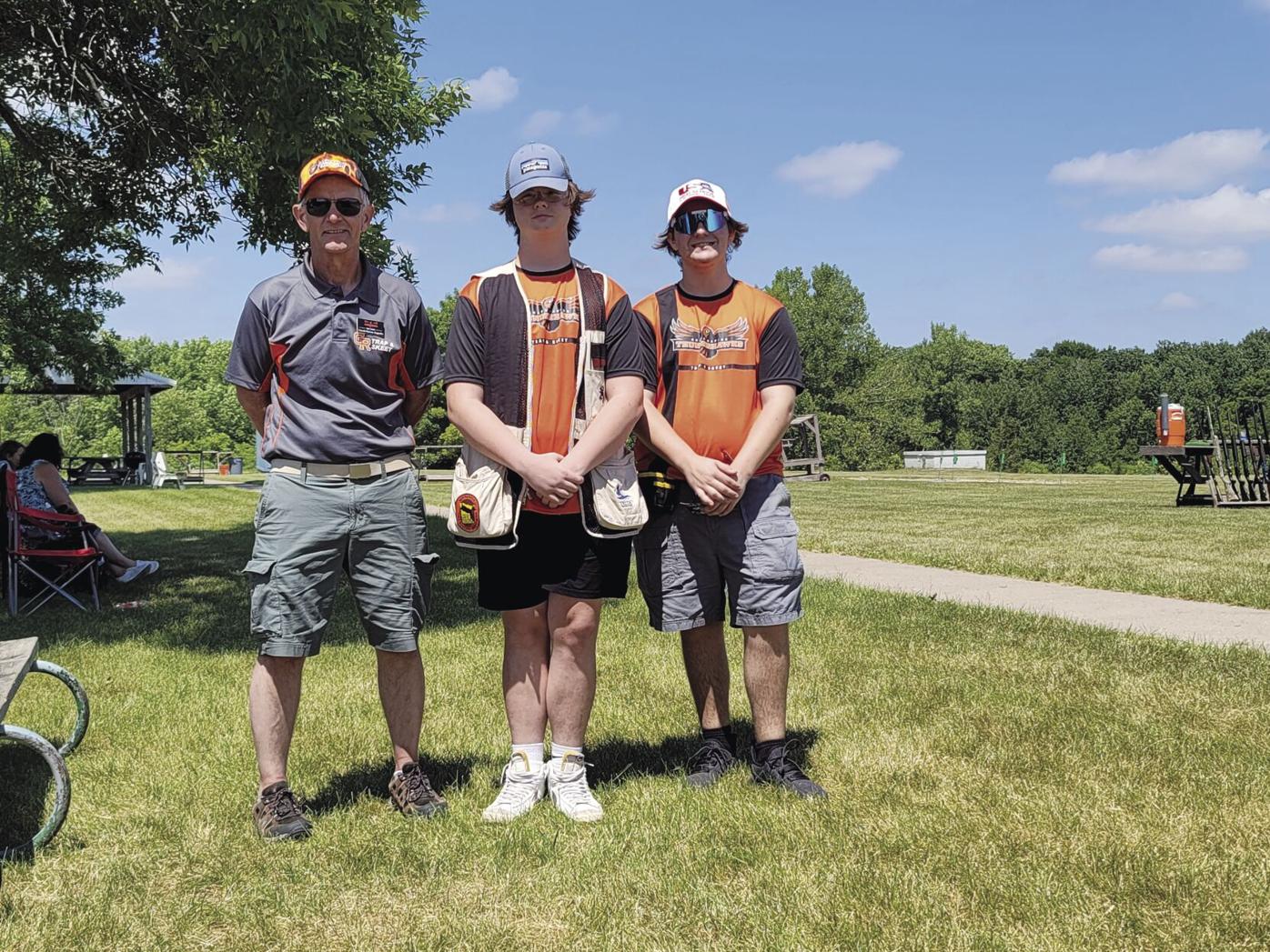 More than 324 High School Teams participated during the nine days of shooting.

Tommy Ives and Wes Huntley shot at the state shoot on Thursday at the Minneapolis Gun Club.