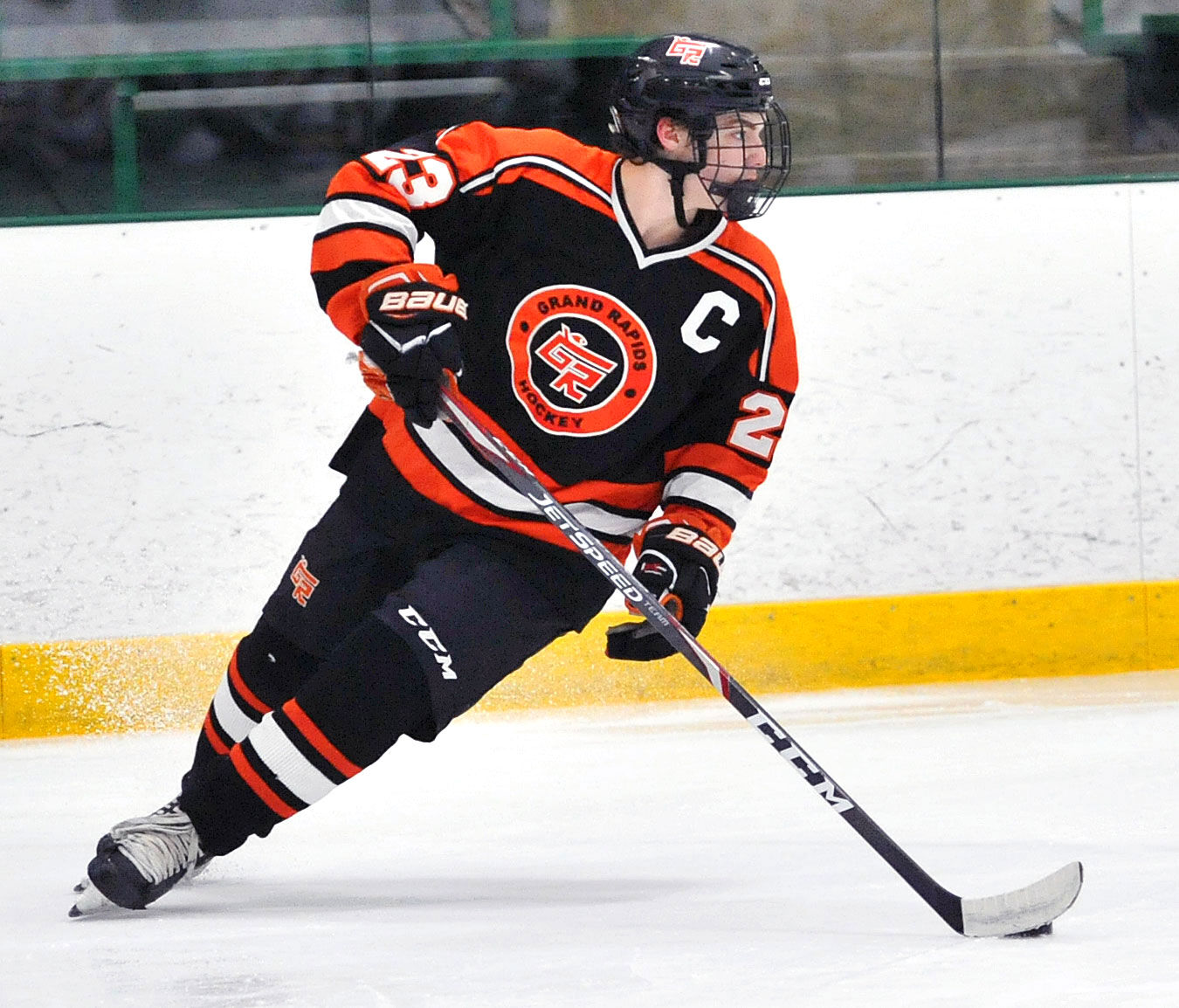 Grand Rapids-native and incoming St. Cloud State defenseman Jack Peart was selected by the Minnesota Wild in the second round of the 2021 NHL Draft this weekend. 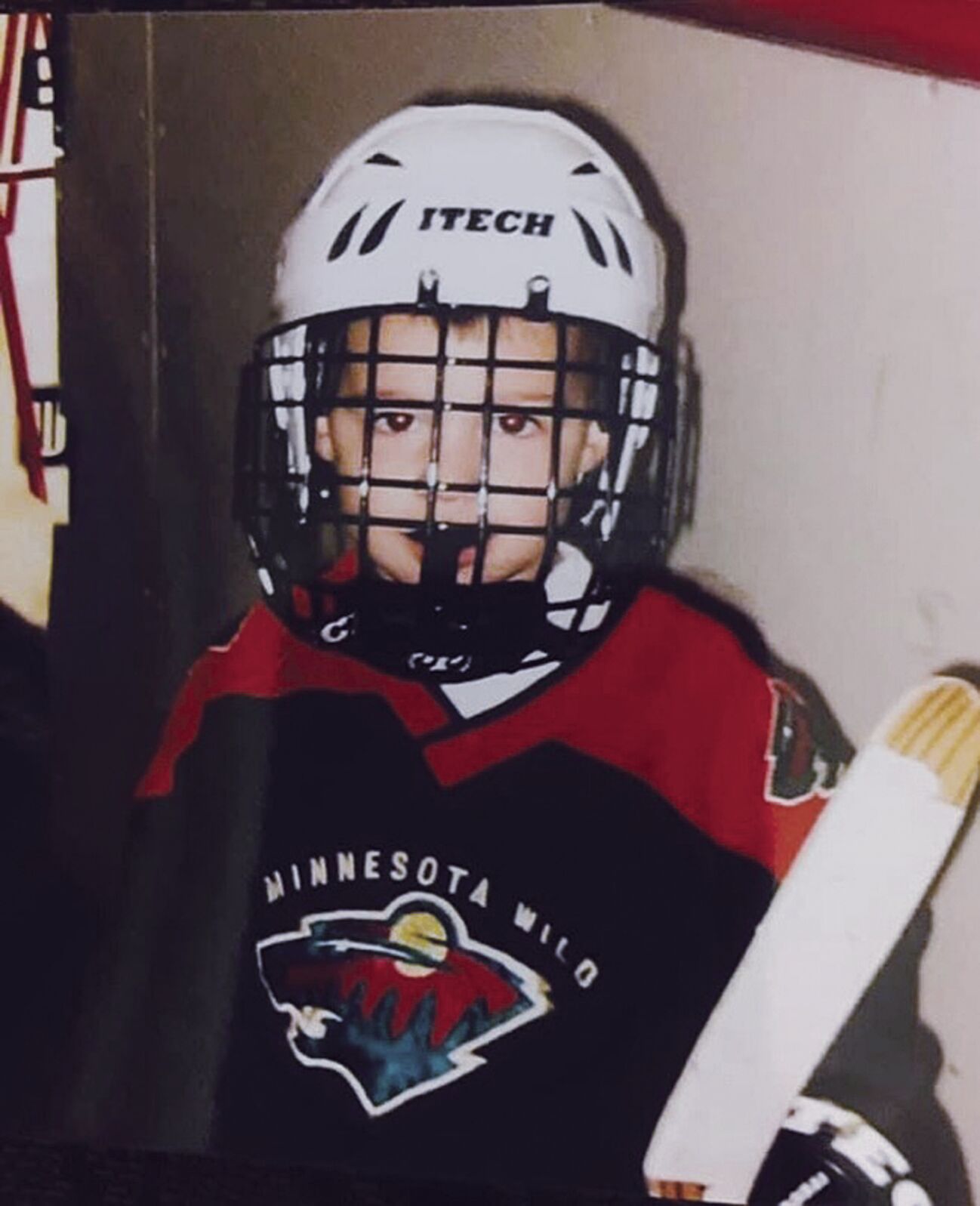 A three-year-old Jack Peart is pictured wearing a Minnesota Wild jersey. As a Minnesota native, Peart grew up cheering for the Wild.

Grand Rapids-native and incoming St. Cloud State defenseman Jack Peart was selected by the Minnesota Wild in the second round of the 2021 NHL Draft this weekend.

A three-year-old Jack Peart is pictured wearing a Minnesota Wild jersey. As a Minnesota native, Peart grew up cheering for the Wild.

Following a stellar prep career, Grand Rapids-native Jack Peart was selected in the second round of the 2021 NHL Draft by the Minnesota Wild.

Peart was named Minnesota’s Mr. Hockey in April and was the highest-ranked Minnesota-born skater heading into the draft. The Wild picked the smooth-skating defenseman 54th overall.

“Hearing your name called is a special moment in your hockey career and it’s always been a dream of mine,” Peart said.

Peart wrapped up his high school career by leading the Thunderhawks in scoring with 35 points. Grand Rapids made it all the way to the Section 7AA title game before falling to Andover 3-2.

When his high school season concluded, he rejoined the Fargo Force of the USHL, where he scored seven points in nine playoff games.

Leading up to the draft, Peart interviewed with every team in the NHL, but he didn’t know exactly which club would select him. He grew up cheering for the Minnesota Wild, so it was a pleasant surprise to hear the team call his name.

“They were my favorite team,” Peart said. “Growing up a Minnesota boy, that’s the team I always watched.”

Peart becomes the second-highest NHL draft pick out of Grand Rapids, behind Patrick White who was selected 25th overall by the Vancouver Canucks in 2007.

“He was a player that we targeted and we were really excited to see him there,” Brackett said. “We thought there was a possibility [of it], but certainly with the year that he had, it was a bit of a surprise.”

As a defenseman, Peart said he models his game after Minnesota’s Jared Spurgeon, a smaller-sized NHL defenseman who excels at moving the puck up the ice.

Peart won’t be on the ice for the Minnesota Wild just yet. This fall, he’ll suit up for the St. Cloud State Huskies of the National Collegiate Hockey Conference. Peart committed to the Huskies when he was just 15-years old.

At St. Cloud, Peart will join four other Huskies on the active roster who have been drafted by NHL teams, including fellow Wild draft pick Sam Hentges of New Brighton, Minn.

This week, Peart is at the 2021 World Junior Summer Showcase in Plymouth, Mich. where 44 of the top American players under 20 years old are fighting for a chance to make the final U.S. roster that will compete in the 2022 IIHF World Junior Championships in Edmonton this December.

During the Summer Showcase, two squads from USA Hockey play games against Finland and Sweden. Peart will be playing for Team USA Blue. Peart and USA Blue face off against Sweden today at 4 p.m.

While in Michigan this past weekend preparing for the Summer Showcase, Peart was able to watch the draft alongside his family. Todd Peart, Jack’s father, said he was lucky enough to coach Jack throughout his youth hockey career.

“He started when he was three years old,” Todd said. “He always loved being on the ice. He’s been on the ice for many, many hours.”

Peart plans on being on the ice for years to come. Right now, he’s focused on his play with Team USA before he heads off to college this fall.

In time, he hopes to wear a Minnesota Wild jersey in front of his home crowd, too.