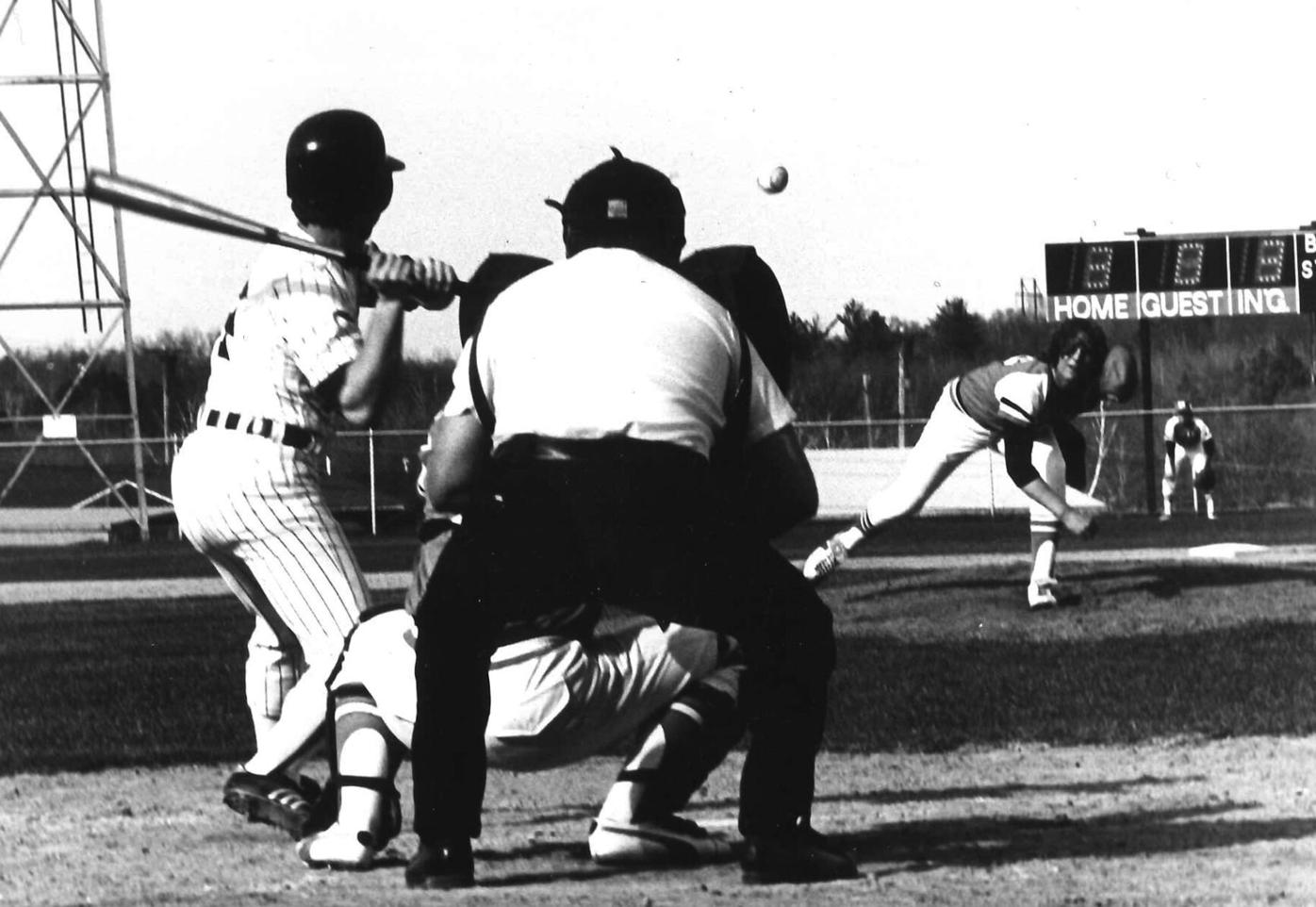 Jim Jetland thows a curveball in action in 1978. 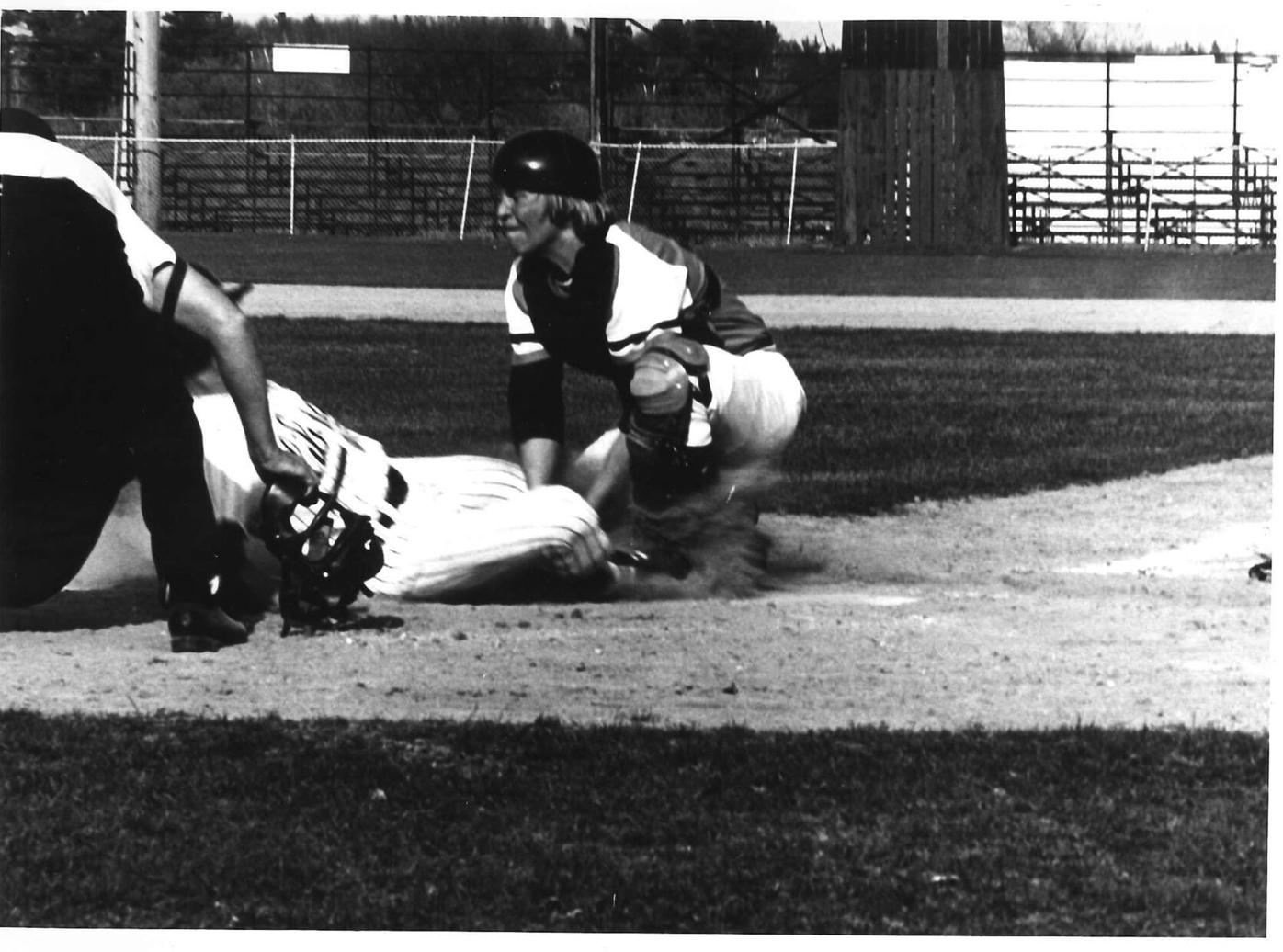 Dave Salminen tags a runner out at the plate in 1978.

Jim Jetland thows a curveball in action in 1978.

Dave Salminen tags a runner out at the plate in 1978.

GRAND RAPIDS — Entering the 1978 season, coaches and players with the Grand Rapids High School baseball team had high hopes for a great season.

The Indians had qualified for state in 1977, and although they didn’t win a state championship they did receive some much-needed exposure to the rigors of a state tournament. Even a loss in the opening game of the season did not sway Grand Rapids as it then won the remainder of its regular season games to enter region play with a 17-1 record.

Grand Rapids won the Region 7 tournament to advance to state for the fourth time in its history, with other state appearances in 1958, 1974 and 1977. At state, the Indians were able to capture the first state baseball title in Grand Rapids High School history by winning three straight games in state play to finish the season at 22-1.

Dave Salminen, who was the starting catcher for the Indians and the top home run hitter for the team with four that season, said Grand Rapids was built on pitching, defense and the ability to execute the fundamentals of the game. He said the 1977 edition of the Indians had lost just one game before entering the state tournament.

“In 1977, we lost to Bemidji 4-3 early in the year and we went on to rattle off a long winning streak,” Salminen recalled. “We got to the state tournament and we won our quarterfinal game but got beat in the semifinals by Edina. But we bounced back the next day and we got the third place trophy that year.”

Manager Bob Streetar said it was an experienced team that came back in 1978, a team that knew what to expect when the going got tough. He said pitchers Jim Jetland and Roger Bishop carried the team on their broad shoulders that year.

“We had good pitching and defense; I think we had 16 shutouts in our games that year,” said Streetar. “Jet (Jim Jetland) was among the top pitchers in the state and Roger had all the ability but he didn’t have the confidence that Jet had.”

“We were solid up the middle and rarely made an error,” Salminen said. “I think we made just two errors in all the region and state tournament games.”

The pitching staff was second to none led by fireballers Jetland and Bishop. They formed perhaps the best one-two punch in the state that year and in fact recorded an eye-popping 16 shutouts that season.

“Jet (Jetland) and Roger (Bishop) both threw the ball 84, 85 miles per hour and sometimes hit 88,” Salminen said. “Jet’s curve was amazing; Roger had a deceptive curveball. We also had lefty Scott Martin and he would do a lot of cleanup and stuff like that.”

“Maybe it was getting revenge for that hockey game that we lost,” Jetland said. “We didn’t like that losing taste in our mouths. That year we had a lot of arms after Roger and I, some who were above average high school guys. But (Streetar) went with Roger and I our senior year.

“We also had a great defense; if they put the ball in play we didn’t make many errors. We struck out a lot of guys during the year and that doesn’t help your defense much because there weren’t many balls in play. But when we started playing better teams they just really rose to the occasion and played absolutely great defense.”

The season did not start well for Grand Rapids as Streetar decided to rest Jetland and Bishop for a weekend tournament and instead started another pitcher against Cambridge. As it turned out, the Indians tasted defeat for the only time in that opening game of the season as they lost 7-4.

Salminen said Grand Rapids did not have an outstanding hitter that season, but a group of players who hit in the clutch.

“We were a fundamental team when it came to offense; we had to manufacture runs,” said Salminen. “Coach Streetar was magnificent at doing that; we practiced and practiced bunting the ball and moving runners over. That was our forte. We weren’t a power-hitting team and we relied on defense.”

Added Streetar, “We had a lot of guys who could put the ball in play. We moved runners and we bunted them pretty good. We didn’t strike out a lot.”

Streetar said the Indians stayed consistently for the entire regular season, evading the stretch of bad games that usually hinders a team at least once during the season.

“When you have pitching, you can keep the score close all the time so that helps,” said Streetar.

Grand Rapids defeated St. Francis 3-0 in its first game and then had to face a good Proctor team that the Indians had struggled against in the past. In a thriller, Grand Rapids downed the Rails 2-1 to enter state once again. Streetar and Salminen said the Indians were able to prevail despite brutal field conditions in Virginia.

“Bob (Streetar) had us so well prepared,” Jetland said. “You never felt like you were going to see a situation that you hadn’t practiced 100 times. I think the team chemistry was good; everybody got along well and everybody trusted each other to do their job

and we will be successful in the end.”

Grand Rapids beat Columbia Heights in the first round at Wade Stadium in Duluth to enter the semifinals against a New Ulm team that featured the three Steinbach brothers. It then became the Jim Jetland Show for Grand Rapids.

Jetland hurled a one-hit shutout against New Ulm, and then Bishop struggled early in the championship game, forcing Streetar to replace him with Jetland with no outs and runners on base. Jetland pitched out of the jam and went on to pitch another one-hit shutout as Grand Rapids won 2-0.

“That was a game that was amazing. New Ulm was a perennial power in Minnesota coming from the south and when you look back, we played against the three Steinbachs and we won that game 1-0,” Salminen said. “It was an amazing display of defense with great plays from Stevie Anderson at shortstop and Tommie Smith. Jeff Hoard made a spectacular catch in center field that I still think is the best catch I have ever seen.”

Jetland said that while pitching in the state tournament the year before that teams sat on his fastball. So, he decided to use his curveball much more which turned out to be a good decision.

“When you get to playing the good teams, you have to have something else to throw them off balance a little bit,” Jetland explained. “I think we threw a lot of breaking balls in the tournament.”

Streetar said Jetland pitched well in the final two games, “Jet threw the last two games and he gave up one hit in both games. Both of them were handle shots over shortstop. In the championship game Roger started walking guys and with no outs I went out to talk to him and Jet came over from third and he says, ‘Roger, give me the ball and go play third.’

“A lot of the metro players could hit pitchers who threw hard so Jet just kind of junk-balled them; he threw a lot of curveballs and they couldn’t touch him.”

ln the state championship game, the Indians took on Robbinsdale Cooper, a hard-hitting squad with a team batting average that hovered around .325. But Grand Rapids received great pitching and defense once again in winning the state title game 2-0 behind Jetland.

“That was the kind of athlete Jet was – it was no holds barred,” said Salminen. “When he got in there, all the guys felt comfortable. It was a good confidence builder when we knew Jet was on the mound.”

“I never felt like I was going to lose in baseball,” Jetland explained. “I lost some games but I felt like I would never lose. It was good to have that kind of confidence. A lot of that is confidence instilled by (Streetar). I had three pitches and I could throw a strike mostly when I wanted to.”

Jetland remembered that he could not accompany the team back to Grand Rapids because the future Golden Gophers goaltender was playing on a hockey team in the Twin Cities set up by Herb Brooks.

“I felt very melancholy; I felt like I was not able to celebrate with all my buddies and I felt very sad but I was moving on with the next phase of my life,” Jetland said. “We had five good years of baseball and it was kind of the end of that so I also was sad about that.”

Salminen said he has never been so happy as when Grand Rapids recorded the last out to win the state championship. He said there was quite a reception for the team when it returned to Grand Rapids.

“Vern Radke Sr. was our bus driver and we heard sirens and at first we teased Vern that he was speeding,” said Salminen. “He had a smile on his face, and they pulled the bus over and we all climbed on the fire trucks and we were carried on in town. There were people all over the streets and a huge welcoming ceremony at the old Gym 400 at the middle school.

“It was just tremendous fan support and it brought tears to our eyes because it really was an incredible feeling.”

Looking back 42 years, Salminen said, “Going down and beating the powerhouse teams from the south and getting the state championship, I was just so proud of everybody. There isn’t much talk now about that title 42 years ago which is fine. It’s history, but it’s history that will be in each one of our minds forever.”

Added Jetland, “I think being as dominant baseball team from northern Minnesota said a lot about the program and about Bob Streetar and the confidence he instilled in us. Any time a northern team does well in a sport that is typically better played with better weather and such, I am proud of it. State championships are hard to come by and any time you win one, 40 years later you realize that we were pretty darn good to be able to do that.

“A state championship in whatever sport it is, it is an honor to be in that position.”