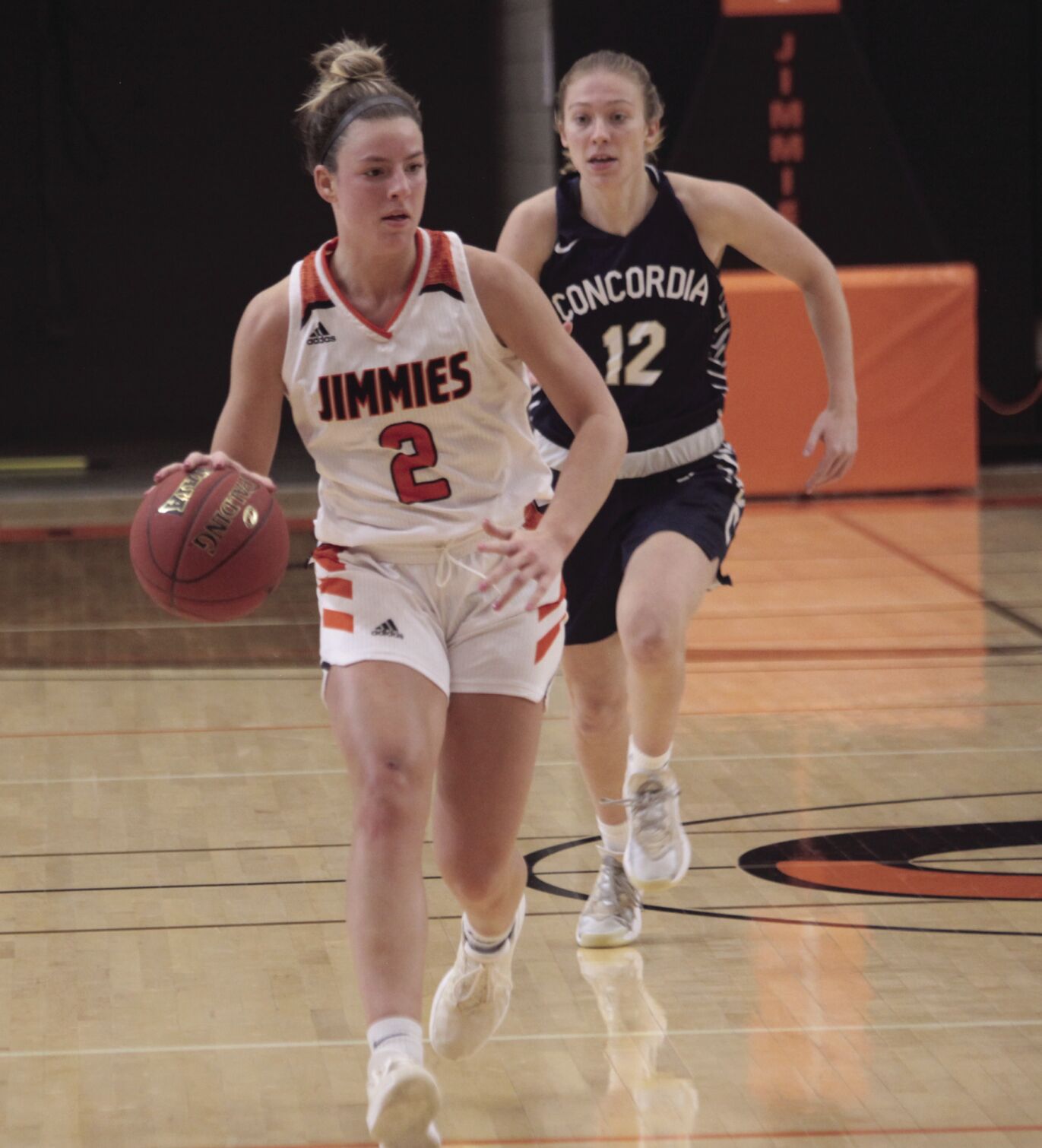 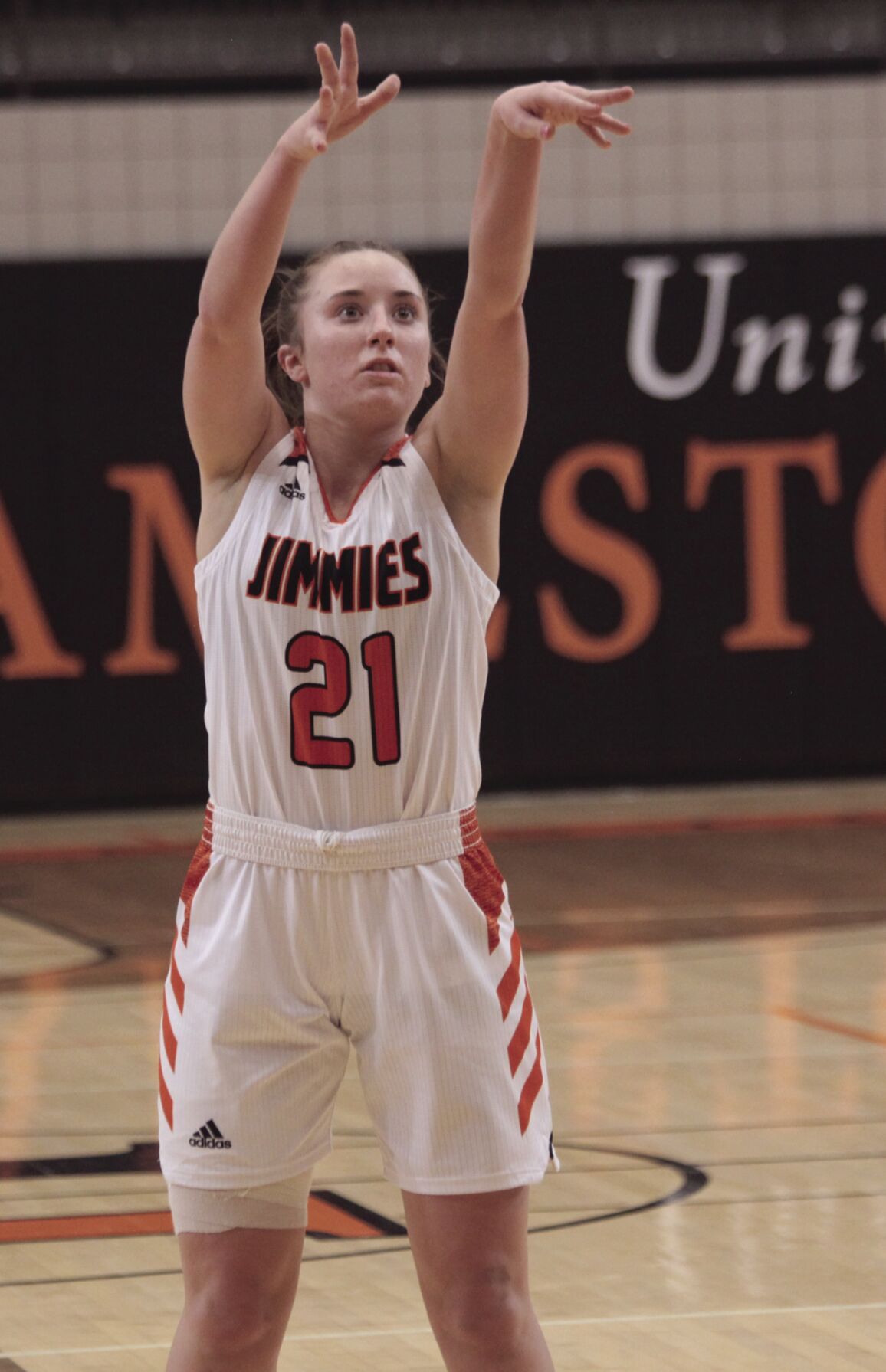 DeMars averaged 17.8 points and 7.8 rebounds per game for the Jimmies, who finished this season with a record of 15-11. She was a first-team Great Plains Athletic Conference selection, and was second in the GPAC in points per game and fourth in rebounds per game.

Earlier this week DeMars was an honorable mention All-American selection by the Women’s Basketball Coaches of America.

Four University of Jamestown women’s basketball players earned all-conference awards as the Great Plains Athletic Conference announced its postseason teams recently. DeMars was selected to the first team. She led the Jimmies in scoring per game as well as rebounding. She had nine games with 20 or more points, including a 39-point game at Doane (Neb.), which is the second-most in Jimmie history.

Kia Tower, a sophomore from Bigfork, was named to the second team. Tower averaged 14.7 points per game and reached double figure point totals in 22 of 26 games. Five times Tower scored 20 points or more. She set a new career high with 25 points against Northwestern (Iowa) early in the season and also reached that mark in the final game of the season at Morningside (Iowa). Tower was second on the team with 51 3-point field goals and 75 assists.

Earning honorable mention honors were Noelle Josephson (JR/Ramsey, MN) and Macy Savela (SO/Mountain Iron, MN). Josephson emerged as one of the premier defensive players in the conference, as evidenced by her 80 steals. The 80 steals was fourth most in a season by a Jimmie and gave Josephson an even 200 for her career, moving her into fourth place on the all-time UJ list. Josephson was third on the team in scoring with 10.4 points per game and second on the team with 6.1 rebounds per game. Savela was the top long-range shooters for the Jimmies this season, making 67 three-pointers at a 39.4 percent rate. She averaged 9.3 points per game and was in double figures for five of her last six games.