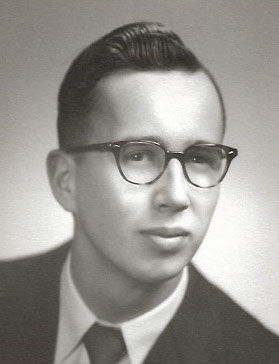 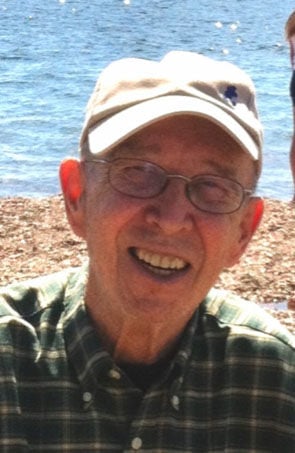 Richard A. (Dick) Margo, age 83, of Grand Rapids, passed away peacefully with family by his side Friday, May 15, 2020, at Grand Itasca Hospital.

Richard was born in 1937 in Chisholm, Minnesota to John and Mary (Cvar) Margo. After graduating from Chisholm High School in 1955, Richard enlisted in the United States Air Force, where he served in Madrid, Spain at the Torrejon Air Force Base. Richard was active in Boy Scouts in his youth, an interest that led him to be a Scoutmaster while he served in Spain. As a Scoutmaster, he led a group on a Mediterranean Cruise to Tangier, Istanbul, the Greek Islands, and parts of Italy, an adventure he enjoyed revisiting through the stories he shared. While living in Madrid, Richard met and married Mary Carmen Horta where they started their life together.

Upon their return to the United States the couple made their home in Omaha, Nebraska; later moving to Albert Lea and the Twin Cities in Minnesota. Richard was employed by Streeter Industries, Paper Calmenson Steel Co., and Farm Credit Services as a computer system developer. A passion throughout his life was the art of photography. Richard’s interest in photography started with his work on the Chisholm High School yearbook and continued with family events and travel photos that he took on his many road trips through the United States and adventures in Europe. Richard later lived in Florida and Grand Rapids where he enjoyed retirement.

Richard enjoyed fishing; this was his happy place! He especially loved fishing trips in the BWCA to his favorite spots on Basswood Lake. He also enjoyed hunting, woodworking, camping, canoe trips, traveling, and singing with family at events and around the campfire. Richard was a member of the Yugoslavian Americans Club and was a camp activities director for the Florida Park Service in his retirement years. Richard, “Pa” was a quiet man by nature but had a presence and a special relationship with each of his children. He enjoyed more than anything the time he spent with them and his grandchildren. Grandpa Dick loved watching his grandkids participate in their activities including sports, dance, and music. No matter the situation, in good times of health or during rough times, if you asked him how he was doing he would always reply, “Dandy Fine”.

Richard is preceded in death by his parents, and his grandson, Michael John Muller.

A Mass of Christian Burial will be held on June 27, 2020, at 11:00 a.m. with a visitation starting at 10:30 a.m. at St. Joseph’s Catholic Church, Grand Rapids, MN. Following Mass, the burial with full military honors will be at Chisholm Cemetery, Chisholm, MN.

To plant a tree in memory of Richard Margo as a living tribute, please visit Tribute Store.

Funeral homes often submit obituaries as a service to the families they are assisting. However, we will be happy to accept obituaries from family members pending proper verification of the death.