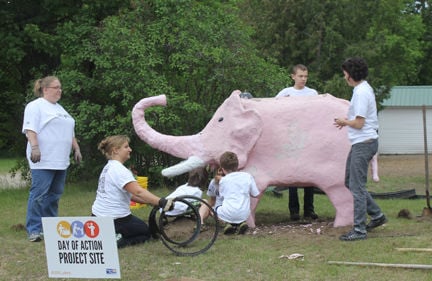 Volunteers give the Oakland neighborhood’s beloved Pink Elephant a facelift. 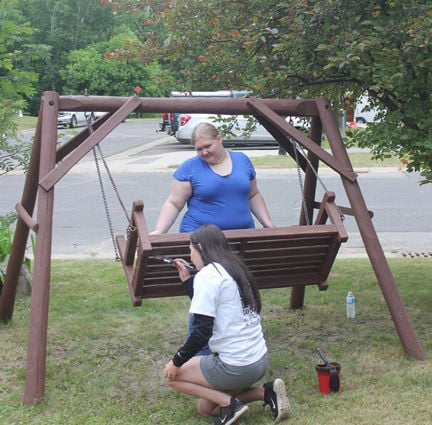 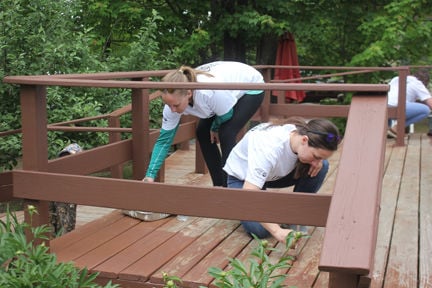 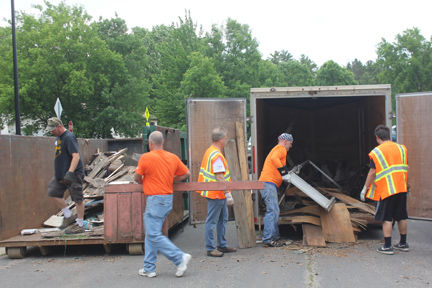 Volunteers give the Oakland neighborhood’s beloved Pink Elephant a facelift.

The United Way of 1000 Lakes Day of Action brought together more than 100 volunteers to work on more than 20 projects in Grand Rapids on Friday, June 21.

Day of Action falls on the summer solstice, otherwise known as the longest day of the year. Around the world, United Way organizations host the volunteer action day. The United Way of 1000 Lakes partnered with the Itasca County Housing and Redevelopment Authority (HRA) and Itasca County Habitat for Humanity this year to focus on the Oakland Addition neighborhood in Grand Rapids. A variety of projects were completed by volunteers such as general clean up, window washing, painting, interior and exterior home repairs, gardening, leaf-raking, pruning, landscaping and more.

In past years, United Way of 1000 Lakes Day of Action has focused on commercial and community projects. Working with Itasca County Habitat for Humanity which has its own Home Preservation Program, along with the Itasca County HRA which oversees the selection process for the Small Cities Development Program (SCDP), this year’s Day of Action focused more on residential projects.

“We decided let’s take one of those neighborhoods because it’s a great way to come through and really push that program too and use up those funds,” Jamie Mjolsness, Executive Director of Itasca County Habitat for Humanity, explained.

The first Day of Action was in 2013 and since its inception the event has mobilized 805 volunteers who have served a total of 4,567 hours. The total impact value from 2013-2018 is $108,767. In Grand Rapids, many of the project sites have assigned business teams that come to volunteer together. This has been a good opportunity for those businesses which offer paid volunteer days.

“I have found that nobody has just done it on their own. So this is a perfect opportunity. Let’s just do it all together,” Katie Glorvigen Tierney, MBT and CPA of Glorvigen Tierney Lind and Co., in Grand Rapids, said. “It’s fun team building.”

Locals will notice the landmark “Pink Elephant” by Oakland Park received a facelift on this year’s Day of Action. Volunteers worked to put mulch down around the sculpture and MacRostie Art Center worked to repaint the elephant with a fresh design—keeping the pink color, of course.

“She’s been here since the house was built in the 60’s,” Erin McKinney, owner of the house with the “Pink Elephant” in the yard said. “Everybody knows the pink elephant. Everybody.”

To end the day, volunteers gathered at Klockow Brewing Company for a celebration of the hard work completed, as well as a Health and Hygiene Packing Party.

“This is the first time we’ve gotten even deeper into that community which is touching,” Kimberly Smith, Executive Director of United Way of 1000 Lakes, commented.

According to the United Way of 1000 Lakes website, the Day of Action is “the perfect opportunity to roll up your sleeves and let your actions speak louder than words. It’s the perfect way to show, by example, what is means to LIVE UNITED.”