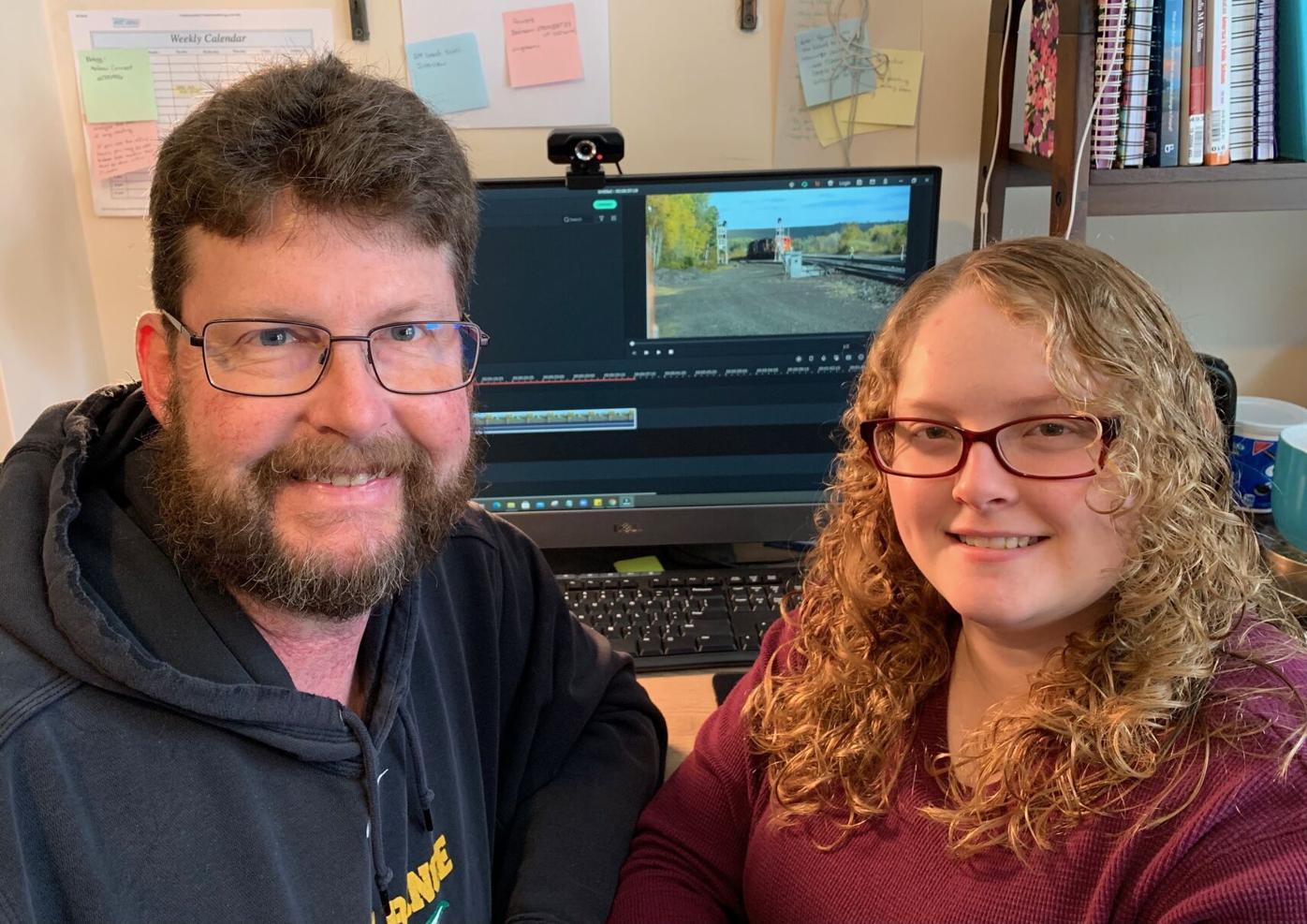 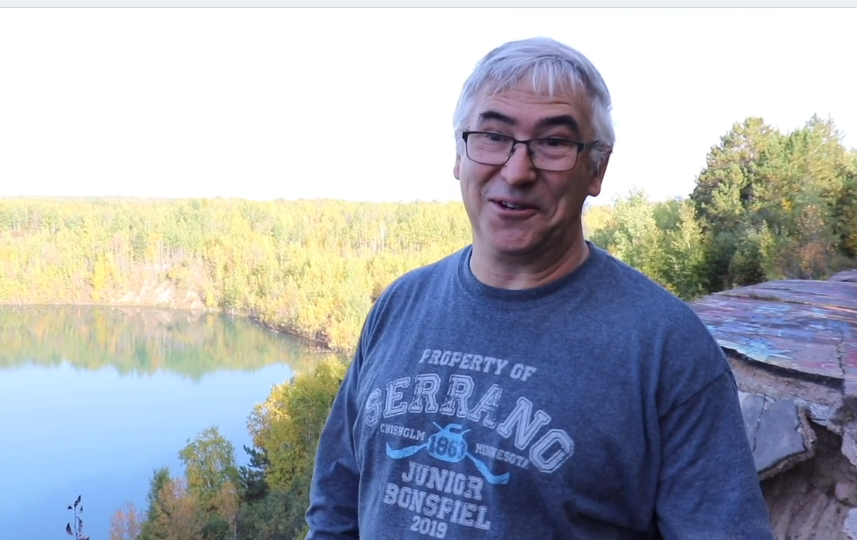 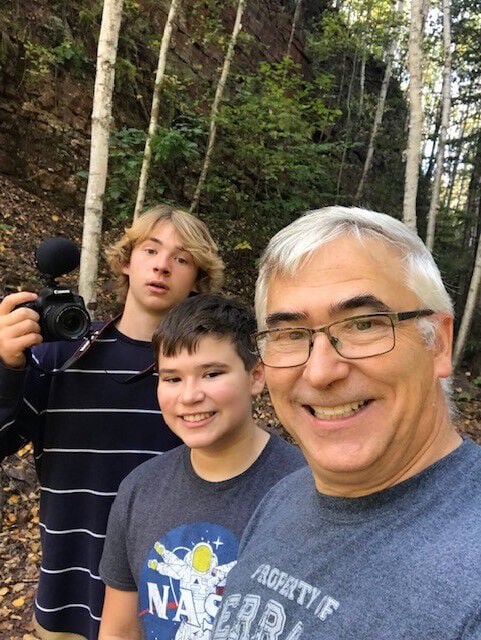 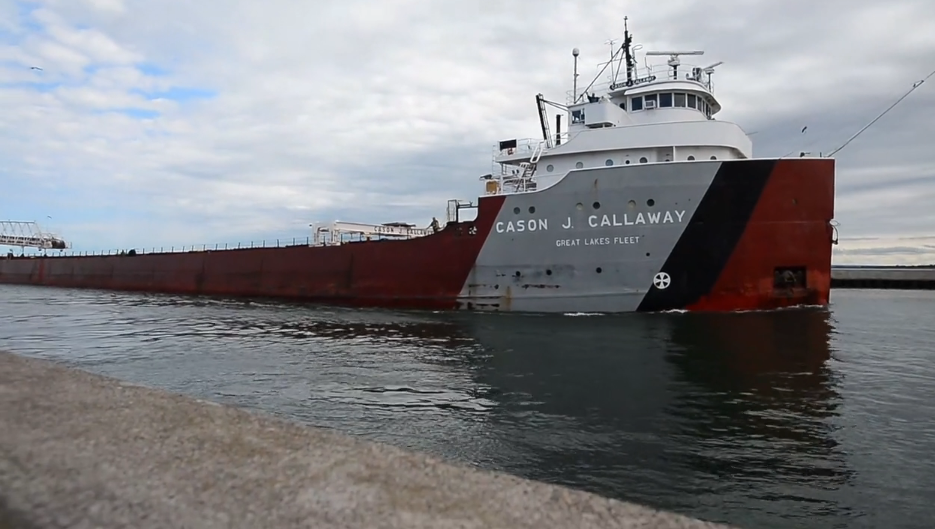 CHISHOLM — Matthew Koshmrl, an award-winning filmmaker and cinematographer, is helping others tell the story of the Iron Range.

Koshmrl taught an eight-week introduction to documentary filmmaking workshop last summer at Minnesota Discovery Center in Chisholm that resulted in nine documentaries. He also serves as co-director of the Duluth-Superior Film Festival and is looking to expand the festival to locations on the Iron Range.

A documentary by Mark Sauer and his daughter Darby Sauer, “Pumping Iron,” and another by Mark Wangensteen and his sons, Nathan Wangensteen and Calvin Wangensteen, “Mining to Recreation,” were among the videos produced at the workshop led by Koshmrl, with a focus on mining on the Iron Range.

“I find it interesting that they are both multi-generational films,” Koshmrl said.

Minnesota Discovery Center and Koshmrl collaborated with the Iron Range Tourism Bureau, Catalyst, Upper Minnesota Film Office, Chisholm Kids Plus, and the Chisholm All Class Reunion for the offering. The goal of the course was to “empower, support, and educate Iron Range communities to rethink the way we view film, art, and local storytelling,” as stated in publicity for the class.

In their documentary, Pumping Iron, Mark and Darby Sauer captured an up close look of the iron ore mining process, from its beginning on the Iron Range all the way through to Lake Superior.

Mark Sauer is a local videographer and photographer for the Mesabi Tribune. Darby Sauer is studying elementary education at St. Scholastica in Duluth, and is also a graduate of the University of Wisconsin Superior.

The Sauers said they first started filming their documentary at Canal Park in Duluth, and were considering a theme of the impact mining has on tourism. At Darby’s suggestion, the two changed their focus.

“The theme we hit on was how ore moves through the area like life blood,” Mark said. “Everything we did kind of focused on movement in one way or another.”

Koshmrl said he has an appreciation for the Sauer’s work in Pumping Iron, and each step of the process they took to produce the documentary.

“I felt it was very informative, entertaining and educational,” Koshmrl said.

The Sauers weren’t able to get access to any mining company properties for their project due to the coronavirus pandemic, so they headed to public spaces, including mine overlooks.

Mark and Darby decided on a poetic type of documentary, using only natural sound.

“We didn’t want to do a narrative, we wanted people to make their own conclusions,” Darby said. Mark Sauer echoed her sentiments.

In the roughly five minute film, the viewer can experience the sight of large production trucks at work, and the sights and sounds of a freight train full of taconite rolling down the railroad tracks, while blowing its whistle, a waterfall, and tourists watching the ore carrier, Cason J Callaway of the Great Lakes Fleet as it arrives in Duluth and makes its way under the aerial lift bridge.

Darby estimated filming the documentary took about two weeks, with about another week and a half dedicated to editing.

The father, daughter team said they are pleased with the final outcome of their documentary, particularly the train scene.

“We were happiest with the train footage,” Mark Sauer said. “There is no schedule, so we kind of got lucky with that.”

“The imagery came out nice with that, too,” he added.

The father-daughter duo said they had varying interests that motivated them to enroll in the documentary filmmaking class taught by Koshmrl.

“I’ve done some video stuff for YouTube in the past, and wanted to learn video editing,” said Darby.

The class also allowed Mark to expand his horizons, while tapping into his existing talent as a videographer.

“I signed up, because I was interested, and wanted to know more about video production since I do still work all the time,” Mark said.

They also had positive reviews for the documentary class and Koshmrl as an instructor.

“I was really impressed with the whole class and how Matt put it together,” Mark Sauer said.

“He was really good,” she said. “We both learned a lot from him.”

Darby said she also learned a lot from her dad, who took the lead on the filming when the two went out on location. Mark Sauer’s navigational skills also proved to be handy, when going to remote locations for filming.

When it came to editing, the two relied on Darby’s previous experience creating videos for a history blog.

Mark Wangensteen is a Secrecy Act Officer for the First National Bank in Chisholm. He also serves as a board director for Chisholm Kids Plus and the Chisholm Community Foundation, and is also a member of the Chisholm All Class Reunion Committee, and said he’s proud to be involved with the entities that worked with Minnesota Discovery Center to make the documentary class a reality.

“The story is basically of how our land has changed from mining to abandoned mine pits, and is now being used for recreation,” Mark Wangsteen said.

Koshmrl also commented on the documentary produced by the Wangensteens.

“It focuses on how different generations look at the mining industry and what can be created with these resources in our backyard,” Koshmrl said.

Mark Wangensteen said he and his sons chose to start off their documentary with a look at the history of mining on the Iron Range. The documentary starts off with an impressive shot of a modern-day mine blast. From there, it takes a look at the past with historic photos from the early days of mining.

“We went back further into the history of mining and had one line, “mining has been done for hundreds of years,” Mark Wangensteen said in a recent interview.

Calvin came up with the theme for the documentary.

“So, I was just thinking of ideas of what we could do for the movie,” Calvin said. “I knew we were going biking, so I thought we could do a movie on mining, being abandoned and now used for recreation.”

Nathan, an inspiring film maker with his own YouTube channel, took the lead when on the documentary he worked on with his dad and brother.

“I did all the filming and editing of the movie,” Nathan said.

He said filming took a couple of four to five hour days, and another couple were devoted to editing.

In the narrative for the documentary, Mark Wangensteen talks about the Mesabi Iron Range, commonly known as “The Range.”

“This area extends 110 miles from Babbitt, Minn. to Grand Rapids, Minn.,” Mark Wangensteen states in the video. “Communities of Chisholm and Hibbing are in the middle of this area and have been part of mining since the 1890s.”

In the second act, Mark Wangensteen talks about the Hull-Rust-Mahoning Mine in Hibbing, which he says is the largest open-pit mine in the world.

The mine that was established in 1895, and supplied as much as a fourth of all the iron ore mined in the United States during its peak production from World War I through World War II, he notes.

Old photos of mine pits and a personal account from Mark Wangensteen about remnants of the former highway that once linked Chisholm to Buhl, that are still visible along the edge of an old mine pit, are among the scenes included in the video. The video also talks about man made lakes and old mining roads that have become repurposed into recreational trails.

Throughout the course of making the documentary with his dad and brother, Nathan said he learned a lot about mining history and how much recreation goes on in the mine pits.

Nathan and Calvin said their family enjoys riding mountain bikes in the summer at the Redhead Mountain Bike Park near Minnesota Discovery Center.

The Redhead Mountain Bike Park is featured in several shots of Mining to Recreation. It was built around the former Glen and Leonard-Burt Mines last year, and now contains about 23 miles of single-track mountain bike trails, as stated in the video.

Toward the end of their documentary all three Wangensteens jump off a cliff of a mine pit into the water below. Before he jumps off the cliff, Mark Wangensteen talks about the potential for tourism growth resulting from the Redhead Trail.

“The Chisholm Area Chamber estimates that more than 25,000 cyclists could visit the trail and bring an added $2 million to the community,” he states.

Just as he hops off the edge of the cliff, Mark Wangensteen says, “We’ll take a leap of faith and see what happens.”

Mark Wangensteen said he’s done cliff jumping for quite some time, but the one in the movie was by far the “highest and the scariest.” When it was done, he said he was glad, but that his legs were a bit sore.

The Wangensteens have also expressed an interest in working on another documentary at some point in the future.

“I think we got enough experience from that class that we’re already making other movies,” Nathan Wangensteen said.

Mark Wangensteen said the skills he learned in the documentary class has proven beneficial when shooting videos for social media pages he manages for non-profits in Chisholm. He also expressed interest in attending a class on archiving, which something Koshmrl has talked about offering.

“I would suggest anyone else take one,” he said of the film making class.

The Wangensteens talked about the potential for promoting new recreational opportunities on the Range, including kayaking, camping and even zip-lines, if they were to be added.

Darby Sauer said she found the documentary class very beneficial, while mentioning a potential for using the knowledge she’s gained in the future.

“I think it would be really cool to use this,” she said. “Ultimately, I’d like to get into museum education somewhere.”