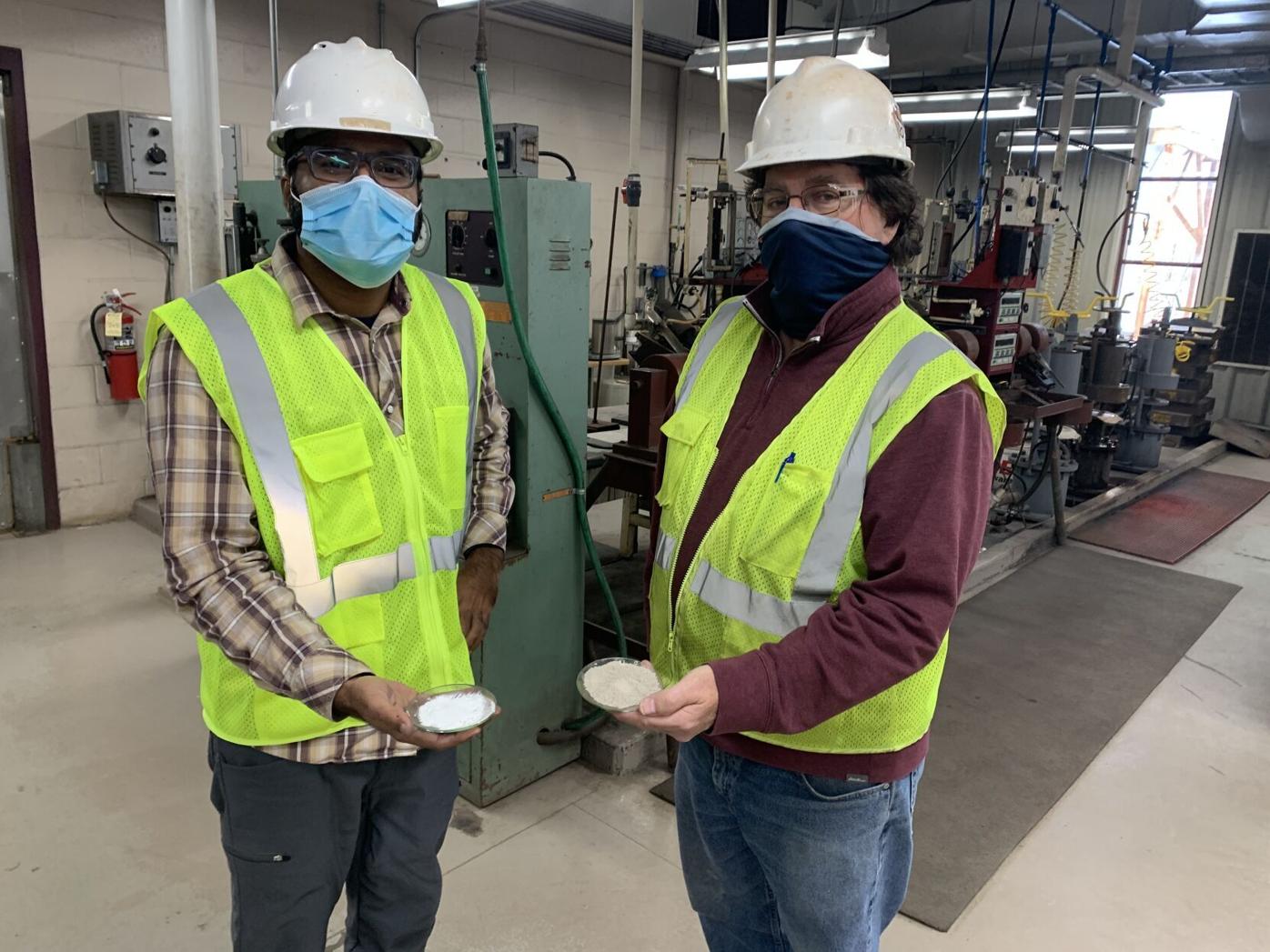 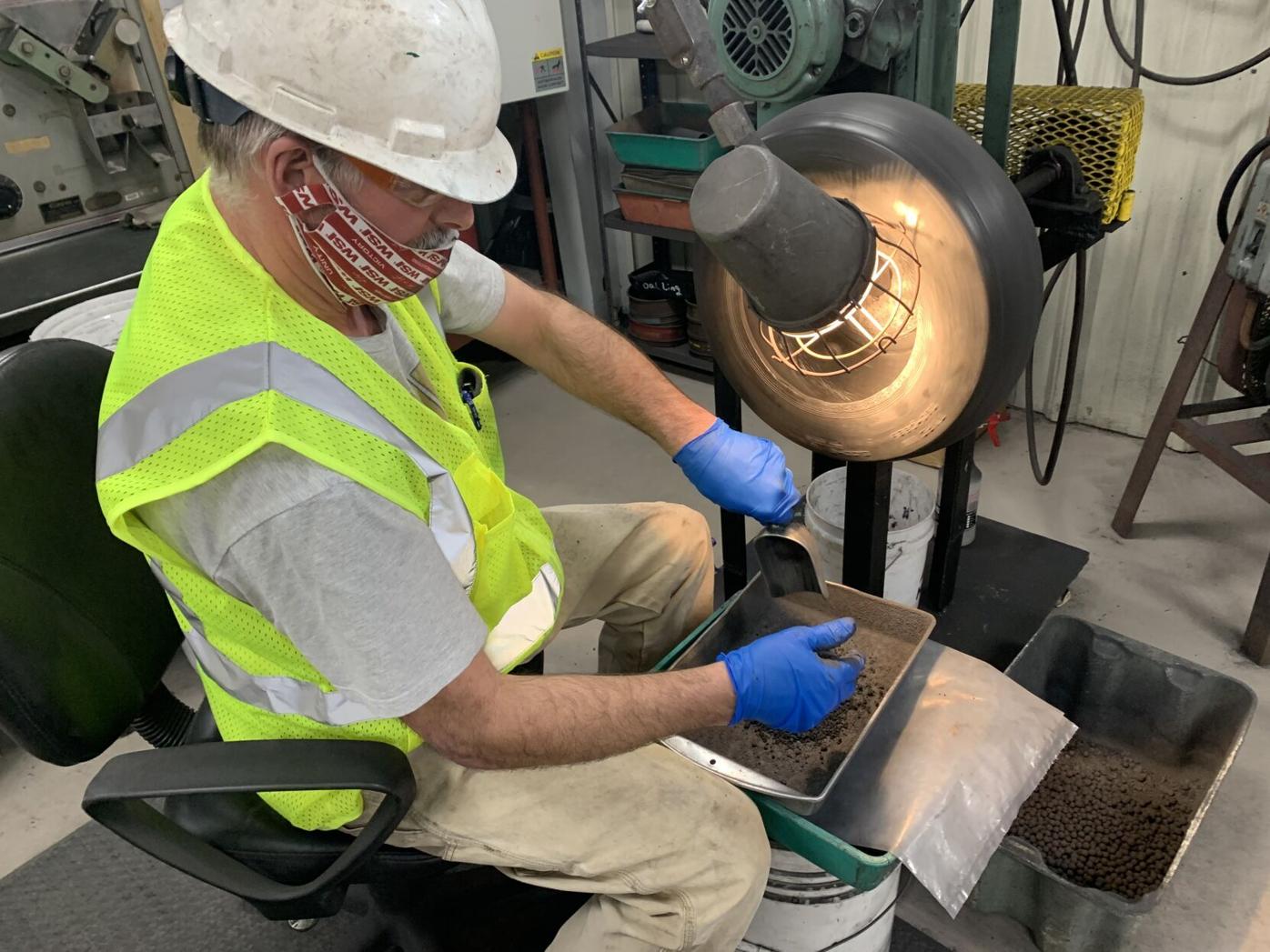 Alternative binders for the production of direct-reduced grade pellets and traditional iron ore pellets, are under testing at the Natural Resources Research Institute (NRRI) lab in Coleraine.

“More and more steel companies are exploring DRI (direct-reduced iron) and HBI (hot-briquetted iron) products,” Shashi Rao, NRRI metallurgical engineer said. “But they will have to make a product that meets the requirements of that plant.”

For decades, bentonite, a clay-like substance, has been the material of choice to help form iron concentrate into marble-size “green balls.”

When heated in the kilns and furnaces of taconite plants, the “green balls,” become iron ore pellets.

However, bentonite has to be shipped from bentonite mines in Wyoming, South Dakota, and Montana.

That becomes a shipping cost.

And though bentonite has for decades worked well in the production of traditional iron ore pellets, it doesn't work as well as an additive for direct-reduced grade pellets used as electric arc furnace (EAF) feed.

That's because bentonite contains unwanted impurities such as silica and alumina.

Organic compounds along with agriculture or bio-based products, have been found to be suitable materials to produce alternative binders.

“It's actually being used to make blast furnace pellets,” Rao said. “We have tested binders that work well for blast furnaces and for DR-grade pellets.”

Exactly which producers are using the binders, is confidential.

But some are mixing bentonite with alternative binders, Rao said.

“What we do is test different binders,” Rao said. “The binders are not produced by NRRI. They are supplied by collaborators to see if they work with Mesabi Range ore.”

Even though the new binders are currently being used by iron ore pellet producers, it's the growing EAF market that's another target.

“As more and more companies switch over to EAF, they will require a specific feedstock which reduces impurities,” Rao said.

The nation's remaining blast furnaces are expected to be operating for decades.

Yet, EAF steelmaking continues to expand.

About 70 percent of America's steel is today manufactured by electric arc furnace steelmakers.

The two major iron ore and steel players in northeastern Minnesota have made moves into DR-grade pellet and EAF steel production.

United States Steel Corp. in January started up its first EAF in Fairfield, Ala, a 1.6 million ton-per-year facility.

It all points to alternative binders as an important piece in the future of steelmaking.

NRRI's Coleraine lab is the only facility in Minnesota capable of performing bench-to-pilot scale testing on minerals research such as the alternative binders, Rao said.

“As demand for direct-reduced grade pellets increases for electric arc furnace steelmaking, the demand for alternative binders will increase,” Rao said. “This transition is happening in Minnesota.”