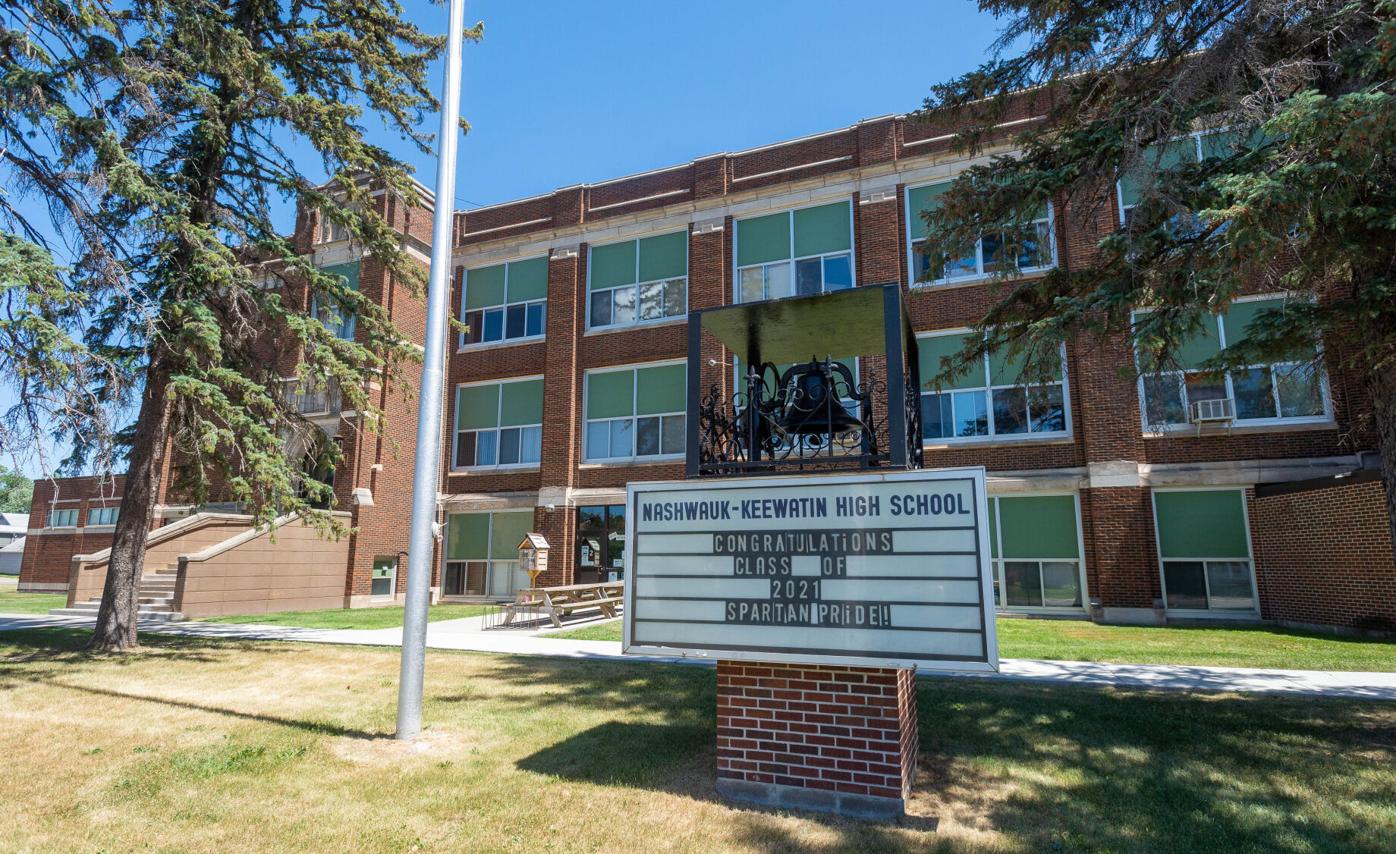 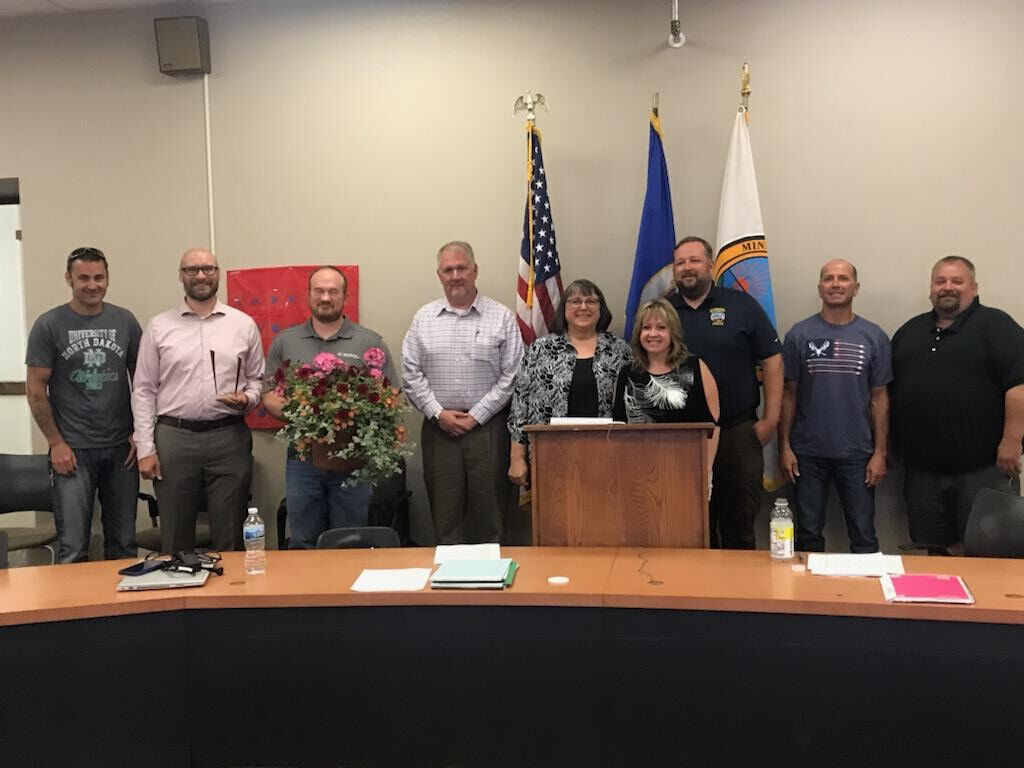 Iron Range mining companies have for decades been philanthropic.

They support non-profits. They provide funding to food shelves. They sponsor community events.

However, one of the biggest gifts in recent years was just unwrapped.

With financial support pending from local taxpayers and the state, the site will become the location for a new PK-12 Nashwauk-Keewatin school.

“We are touched by the generosity,” Craig Menozzi, an administrator on special assignment for the school district said. “I am extremely touched by it.”

The land is located just east of Nashwauk and north of Highway 169. The parcel is between a housing development and the O'Brien Reservoir.

Nashwauk-Keewatin school officials have for months been searching for a location.

But being surrounded by mining like many Iron Range communities, Nashwauk and Keewatin are essentially landlocked.

“We've have a land committee that's been meeting since the first of January,” Menozzi said. “We started talking with local U.S. Steel officials about it and they were able to get it done. It's a big deal – it really is.”

School board members on June 16 officially accepted the donation.

“Sometimes, people say, 'They're headquartered in Pittsburgh and they don't care', but this goes to show they care about our communities,” Lisa Peratalo, Nashwauk-Keewatin school board chair said. “This is huge for us. Not only does it settle where to build a new school, but it saves us a lot of money in our budget. I think it shows their commitment to partnering with our community.”

In thanks, the school district presented U.S. Steel with a plaque made by Nashwauk-Keewatin Industrial Technology instructor Joe Gabardi.

Mining companies have a long history of supporting education and school construction on the Iron Range.

In the early 1900s and later, mining companies helped pay for the construction of impressive schools in several Iron Range communities.

“I have to applaud U.S. Steel for donating land to build a school,” Sen. David Tomassoni of Chisholm said. “The tradition of building schools goes back to the 1920's all across the Range and to now help Nashwauk-Keewatin is very generous of the company.”

Today, a portion of the taconite production tax paid each year by area mining companies is being used for school construction projects in the region through a Minnesota Department of Iron Range Resources and Rehabilitation Iron Range School Collaboration Account.

Additionally, royalties paid by mining companies which mine on state land provides operating funds to every school in the state through the Permanent School Fund.

In Nashwauk-Keewatin, about 35 to 40 acres is needed to build a new school, Menozzi said.

The Minnesota Department of Education requires a minimum of 40 acres for new schools, Peratalo said.

So the 42-acre plot is a perfect fit.

“U.S. Steel is proud to continue our support of public education in Minnesota through our donation of property for the proposed Nashwauk-Keewatin school project, which will benefit education for students and families located on the Iron Range,” Travis Kolari, U.S. Steel Minnesota Ore Operations plant manager said. “We value the communities where we live and work, and we look forward to watching the progress on this site.”

The land donation is a major step in moving a new school forward.

“It certainly is a very generous donation,” Rep. Julie Sandstede of Hibbing said. “It checks one box in being able to build a school. There are other things that need to be done, but this is a generous first step.”

Nashwauk-Keewatin operates a PK-6 elementary school in Keewatin and a 7-12 building in Nashwauk.

About 575 students are enrolled in the district.

Estimates are that upgrading the existing schools with maintenance and educational needs would cost more than $40 million, according to a school district news release.

“They're century-old buildings,” Menozzi said. “There's no space at the current site to build a new school and the cost to remodel is too high.”

Building a new school would save the district $400,000 to $500,000 a year in maintenance and operations costs, Peratalo said.

“It's not a want, it's a need,” Peratalo said. “To renovate and remodel would cost just as much as new.”

With the land in hand, the district is moving forward with design and a cost analysis.

“Our problem is we don't have a huge tax base, so we need to look at getting help from the IRRRB and the state,” Peratalo said. “We can't put a huge load on our taxpayers.”

“It becomes incumbent on the IRRR to help Nashwauk-Keewatin,” Tomassoni said. “We have helped with schools all across the Range and these resources (funds) from mining which help build schools is a big thing. I think it's a natural for us to put some money into it.”

Nashwauk-Keewatin hopes to develop a career vocational center at a new school that would be utilized by students from other Iron Range districts. The district already has strong vocational programming,

With skilled trades workers in demand, Peratalo says Nashwauk-Keewatin wants to continue being a leader in industrial technology education.

“We've really pushed for our vocational programs,” Peratalo said. “I would like to see our students graduate with a (industrial technology) certification.”

A school district construction referendum may be put to Nashwauk-Keewatin voters in the fall, Menozzi said. Financial support from the state of Minnesota will also be sought.

“This donation from U.S. Steel is a fantastic show of support for the future of the communities in the Nashwauk-Keewatin area,” Ben DeNucci, Itasca County commissioner said. “We look forward to reaching an agreement with the IRRRB similar to other area districts that recognizes the work N-K has done to develop this important project.”

Although a design for a new school is not in place yet, the building could be similar to the St. Louis County Schools South Ridge and North Woods campuses, Menozzi said.

Those schools have a central area with a commons, offices, stage, gymnasiums, and separate educational wings for elementary and secondary students.

If funding is secured, construction could start in January 2022 toward a fall 2024 completion date, Menozzi said.

A web site NKSpartanStrong.org provides updates on the planning process.